Welcome back! Hope you all had a great week or two! I’ve changed the format slightly only because its easier for me this way.

You are freaking badass Saber.

Well dam, this isn’t good. I do wonder how they’re going to defeat that thing then, I’ll look forward to finding out.

Dude, you do realise that you’re an easy target there right? Hasn’t Caster explained to him that the other masters want to kill him? Though at the same time please stay there so you can get killed. Not good? You know I completely forget that normal people have no clue about mages and they’re basically a secret. 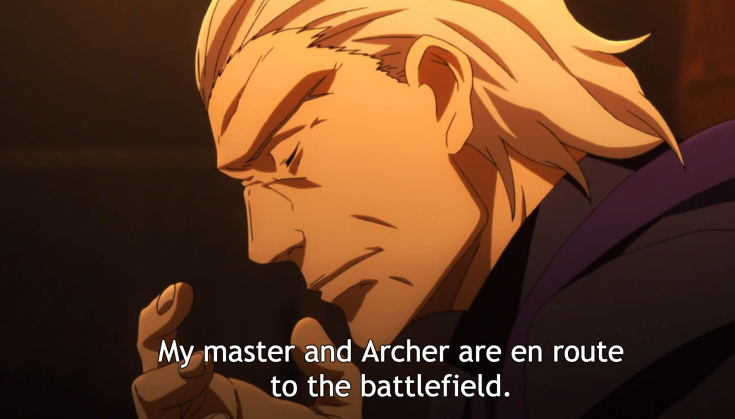 Oh, I wonder if Archer has any weapons that could kill that thing? He a very powerful spirit after all (I’ve also looked up his legend and now kind of understand why he’s so arrogant, like wow)

Or considering you’re legend you probably can do better if you can be bothered.

I have a feeling he won’t be helping out any time soon.

I have to say I find their dynamic incredibly strange, especially compared to the other master servant pairs. Like I know he’s a king and all but isn’t he still your servant and you’re his master, can’t you just use a command spell?

Well didn’t expect it to be able to heal that fast anyway.

Half of me thinks you’re being seriously petty and the other half of me doesn’t blame you for it.

Thats what you call generosity?!

Huh, did he touch a nerve there? You’re usually more collected than this Shiny. Oh wow, this makes me even more interested to see this weapon or noble phantasm or both I guess?

To be completely honest dude you’re relationship to begin with is completely damaged.

Because Gilgamesh is a arrogant dick who may be doing this on purpose as what servant wants their master to get more command spells? Also you should have sent Shiny after Caster from the start if you really wanted that extra command spell, not waiting until oh no, actually civilian life could be in danger and more children are killed.

They are both going to die, aren’t they?

Well he has clearly never seen any horror movies, I do not feel any sympathy for you at all. Who’s clever idea was it to go towards the strange mist? 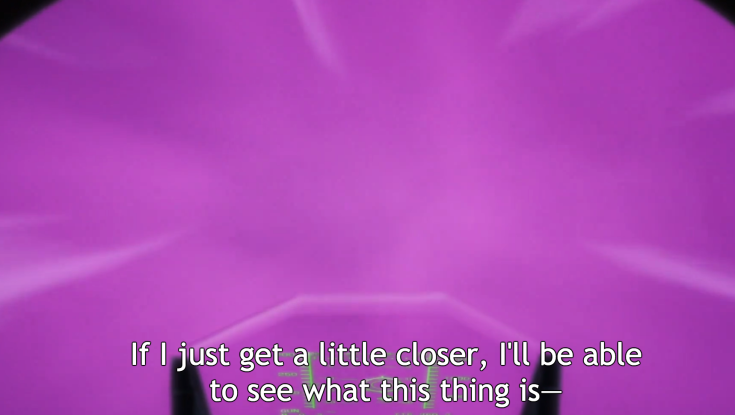 Seriously though, what the hell is that? Where on earth did you get that Shiny? It does look pretty cool though. 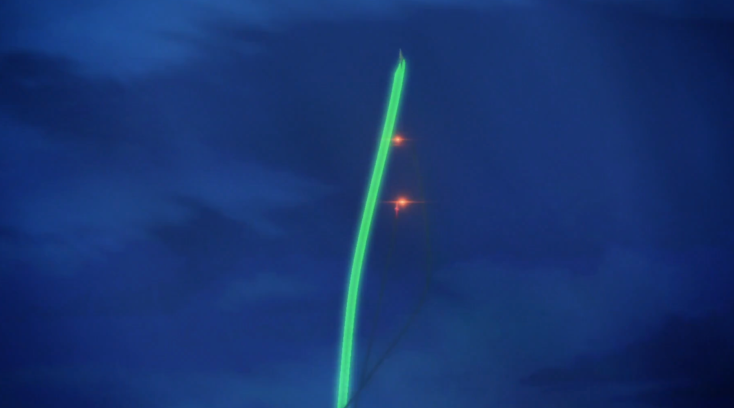 Whoop! I’m not entirely sure who to root for but I love it.

Actaully I think I’m rooting for you Shiny because you look pretty badass like this, maybe, possibly….. Dam it! No! Get the hell away from him!

If this turns into a fight I don’t think you can win but I’m still rooting for you! Can’t you call Berserker down here to protect you? I know! This is me, this is my expression as well. I knew he was a bad guy but really? Didn’t expect him to not give a dam about one of his daughters.

Why though? Seriously, why does it have to be only one? Why can’t they both learn it?

That doesn’t make it right!

Okay something isn’t right in head, unless he doesn’t actually know what they are doing? Maybe he doesn’t know about the crest words? This is literally the only way I could possibly forgive him for this. His opinions still wrong though. This is the main reason as to why he is so wrong, they look so happy, she looks so happy. Because he is a dick! 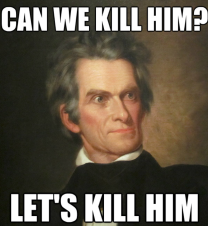 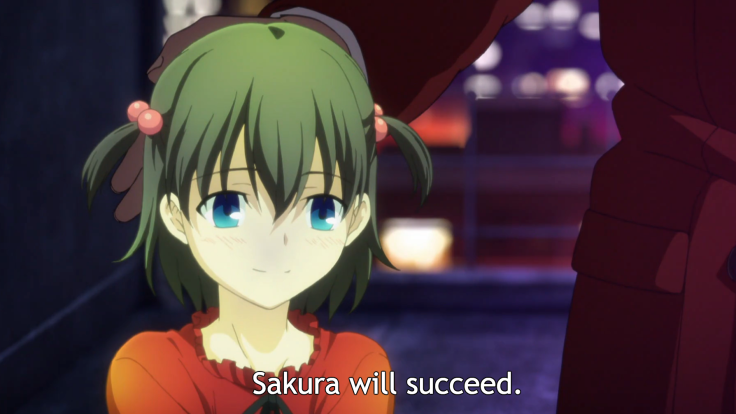 I think this may be the sound of a sequel possibly? I didn’t realise thats what he meant but now I think about it, that makes sense. And makes me dislike him even more. Now I hate to be nick picky but aren’t you being a little hypercritical here. I do like that its on this line he removes his hood, revealing himself fully to Archer’s master.

I can…understand where you are coming from but at the same time I hate you.

This fight cheered me up, thank you. Well you can slaughter the serial killer for me and this guy and all the other masters I don’t really want dead so please hold that thought.

What are you doing?!

I think I’ve already said this but please someone shoot him. 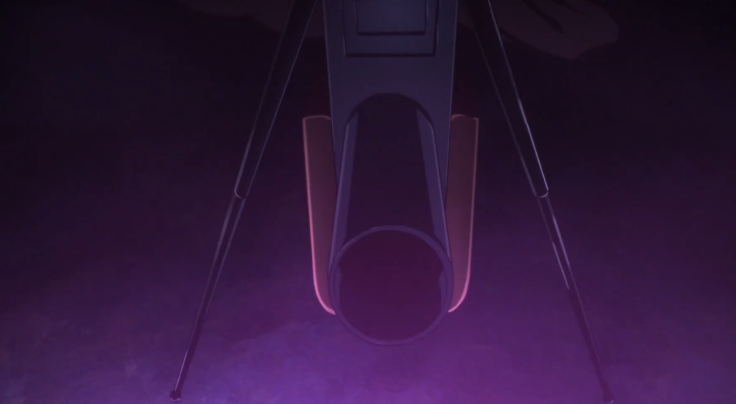 This shot would have freaked me out if it was pointed at anyone else.

Would it be acceptable for me to jump up and down and cheer?

Uh oh…what are you doing? Sniper guy shoot him! I am aware this doesn’t make sense but I don’t care!

I hate that a part of me goes, ooh I’m glad his master rubbed of on him at the same time the other half, I don’t care! Just-

Oh, can Lancer actually stop his power? Or is Sniper guy asking him to like kill himself or something. 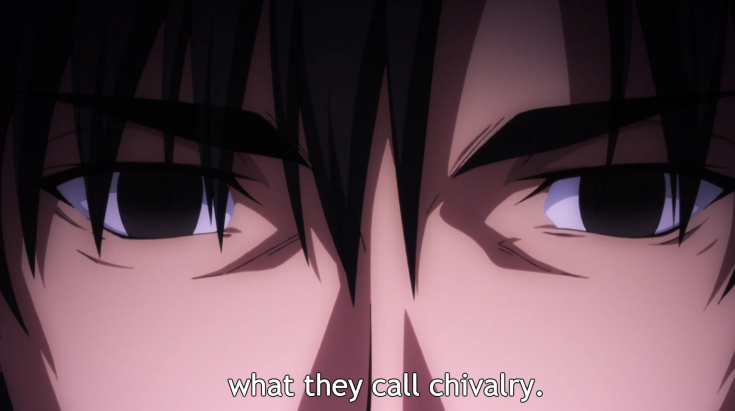 Well that’s the most patronising tone ever. I don’t like you very much theres probably more to you and I hate you enough to want you dead…yet, but if you keep up with those snarky comments you might win that place in my stone cold heart. 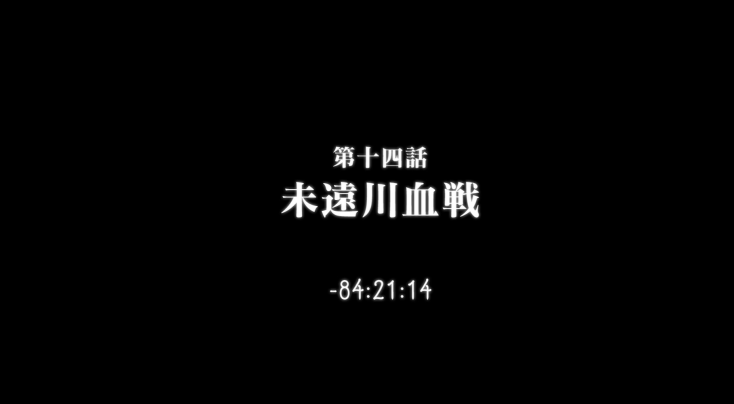 My stomach drops every time a episode finished, dam this show and its cliffhangers.

Yes! Serial killer is finally dead! One down and one to go!