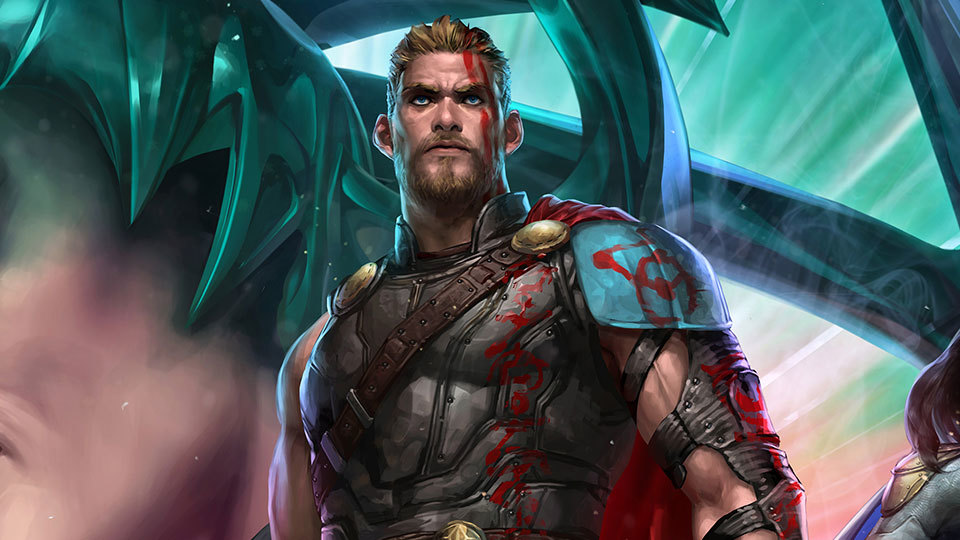 I really enjoyed this film! It reminded me a lot of the guardians of the galaxy and I loved the more comedic side of it. Getting to know more about the Hulk and Banner also really interested me. I didn’t think Loki would be in this as much because of the trailer but I was glad to find out he was basically a main character.

Random thoughts throughout the film. (Scenes that stick out of me and what I was thinking when I watched it)

Thor finding out about Loki
Well… that was quick.

Thor and Loki’s father dying
Yeah, didn’t care about that at all, if we’d had more scenes with him though I bet I’d be bawling my eyes out, pity, lost opportunity there.

Thor talking to the Hulk in the arena
Mmm, that may not be the best idea mate…

Thor’s lighting abilities
That’s so cool! Though why is it only coming out now? Why did he not show any of this power in the previos films? Unless his coming into his power because his father died?

Loki…
All of his scenes were my favourite, lol.

Loki vs Valkyrie
Wicked fight! Again thought what’s with that power? Since when could you do that to people’s memories Loki and it seems pretty useful so why haven’t we seen it before? Same thing about Thor’s lighting. Also Valkyrie is awesome.

Thor saying he won easily against the Hulk.
Sure you did sweetie, keep telling yourself that.

Valkyrie
All her scenes were AWSOME

Banner turning into the hulk near the end.
Hell yeah! I usually don’t really care about banner and the hulk but this movie really made me root for them.

Cons: At times there could have been more drama, I feel like it focused on being funny a little to much and didn’t really know when to put the serious in with the comedy. I was bummed that Loki being the father ended so quickly.

Pros: How could I forget? DOCTOR STRANGE WAS IN THIS MOVIE!

Overall conclusion:
A real great funny movie, its good at what it does but if you are looking for more depth within the marvel universe or more emotional scenes like what they had in civil war and other marvel  movies this won’t deliver. Anyway hope you had a great week x